Recently we were out walking and came across a box full of books that someone had left at the end of their drive with the note ‘Free Books – please help yourself’. Amongst the offerings was Gulliver’s Travels, by Jonathan Swift – so I brought it home. I expect many will remember childhood stories of Gulliver and the little people, but perhaps fewer will know that it is actually a book in four parts, each recounting his imaginary journeys to distant, and very strange, parts of the world. After Lilliput, the land of people 6 inches tall, he travels to a land of the opposite extreme and finds himself surrounded by giants of 40 feet. In the third adventure he discovers a flying island populated by mathematicians, and finally part 4 introduces us to a country where horses are the rational creatures and humans no more than brute beasts.
Quite outlandish, and obviously nothing more than a bit of fun for small children.

In fact, the whole book is much more than childish stories. It consists of a damning satirical attack on the customs and practices of Swift’s 18th century life. In one encounter, for example, he goes to great lengths to describe the extensive glories of his beloved England and her empire. But after listening in astonishment and often horror, his gigantic friend’s verdict is that ‘I cannot but conclude the bulk of your natives to be the most pernicious race of little odious vermin that nature ever suffered to crawl upon the surface of the earth’!!

My point is simply this – what looks like a harmless children’s story is in fact much more, and I suppose could have landed Swift in hot water with the authorities. Because there is more going on that meets the eye.

One of the main lessons of the Book of Revelation is that there is more going on that meets the eye. There is much more going on in the unseen world than in the world we see. That is a course of great joy, encouragement, relief, excitement and celebration. Because no matter how many problems, challenges or disasters we see around us – and this is not to underestimate those – yet there is a King on the throne, there is an eternal plan in operation, and there is a glorious destiny just ahead for all those who love and trust Him.

There’s more going on than meets the eye – when you pray.

There’s more going on than meets the eye – when you worship.

There’s more going on than meets the eye – when you stand firm. 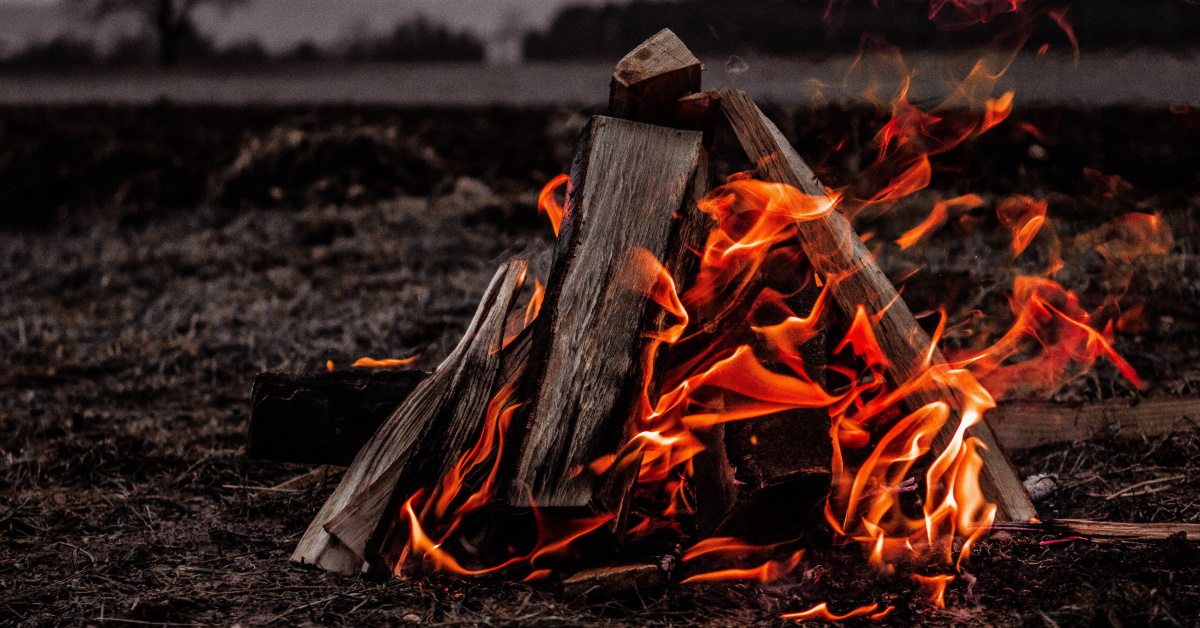 The fire on the altar must be kept burning, it must not go out. Every morning the priest must add firewood… Leviticus 6:12